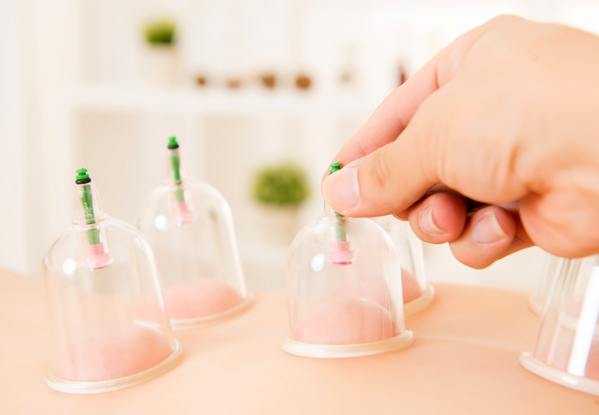 Cupping therapy is an ancient form of alternative medicine or Therapeutic methods in which a therapist puts special cups on your back.

The cups may be made of glass, bamboo, earthenware, and silicone. People get it for many purposes, including to help with pain, inflammation, blood flow, relaxation and well-being, and as a type of deep-tissue massage.

There are different methods of cupping, including:

The wet cupping can be done in two ways.

In this method, cup’s and fire are used for suction, and it is the same as cupping therapy in the traditional way.

In this method, electric or manual suction is used.

Cupping therapy might be trendy now, but it’s not new. It dates back to ancient Egyptian, Chinese, Iran and Middle Eastern cultures.

cupping has been used to treat ailments across many cultures from many years ago.

There is evidence of cupping therapy being used in traditional Persia, Arabian regions and areas in the Indian sub-continent also. In Persia, wet cupping practices were widely used.

All the elders of traditional Iranian medicine have mentioned cupping as one of the important components of treatment. Mohammad Zakaria Razi has been talked about in the book “Al-Hawi”, Abu Ali Sina in the book “Ghanun” and Its Use in Treatment.

Cupping therapy possibly evolved over 5,000 years ago and was practiced in locations ranging from China in the far-east to Eastern European countries such the Bulgaria, and Egypt in north Africa. There is also evidence of North American Indians using its healing.Cupping results in Exit toxic and harmful substances from the body and improves physical health. In fact, the liver performs blood production and purification. It sends the blood that has moisture to the kidney, where blood moisture is taken. The liver sends toxins, dead and old cells to the spleen. The spleen has an incoming vessel and an outlet vessel that is poured into the large intestine and corrupt blood is excreted in the large intestine with feces. The liver also has another vessel that, when spleen is full, sends this blood through the vessel called the filter to the back of the heart (between the two scapula and the back of the neck and waist). When cupping therapy is being done between two scapula, this filter will be cleaned and will helps to purify the spleen and thus cures pain and treat disease.

Cupping therapy may be effective when people also get other treatments, like acupuncture, for various diseases and conditions, such as:

How Does Cupping Therapy Work?

During both types of cupping, your therapist will put a flammable substance such as alcohol, herbs, or paper in a cup and set it on fire.

As the fire goes out, he puts the cup upside down on your skin. As the air inside the cup cools, it creates a vacuum. This causes your skin to rise and redden as your blood vessels expand. The cup is generally left in place for up to 3 minutes. A more modern version of cupping uses a rubber pump instead of fire to create the vacuum inside the cup.

The therapist then removes the cup and uses a small scalpel to make light, tiny cuts on your skin. Next, he or she does a second suction to draw out a small quantity of blood. Afterward, you may get an antibiotic ointment and bandage to prevent infection. Your skin should look normal again within 10 days.

What Are The Health Benefits of Cupping Therapy?

Cupping is useful for treating a variety of diseases including:

Who Should Avoid Cupping Therapy?